As we know that Amir Liaquat a know celebrity, quite known for Ramzan,s transmission, who is usually carrying out new ways to gather TRP. He recently joined Bol and the programs were being carried quite well in the normal days and Ramzan as well, but suddenly he made a confession on Twitter that went wiral, which says much about Bol,s giveaway during their programs, below is the confession that he made on Twitter, do provide your views about it. 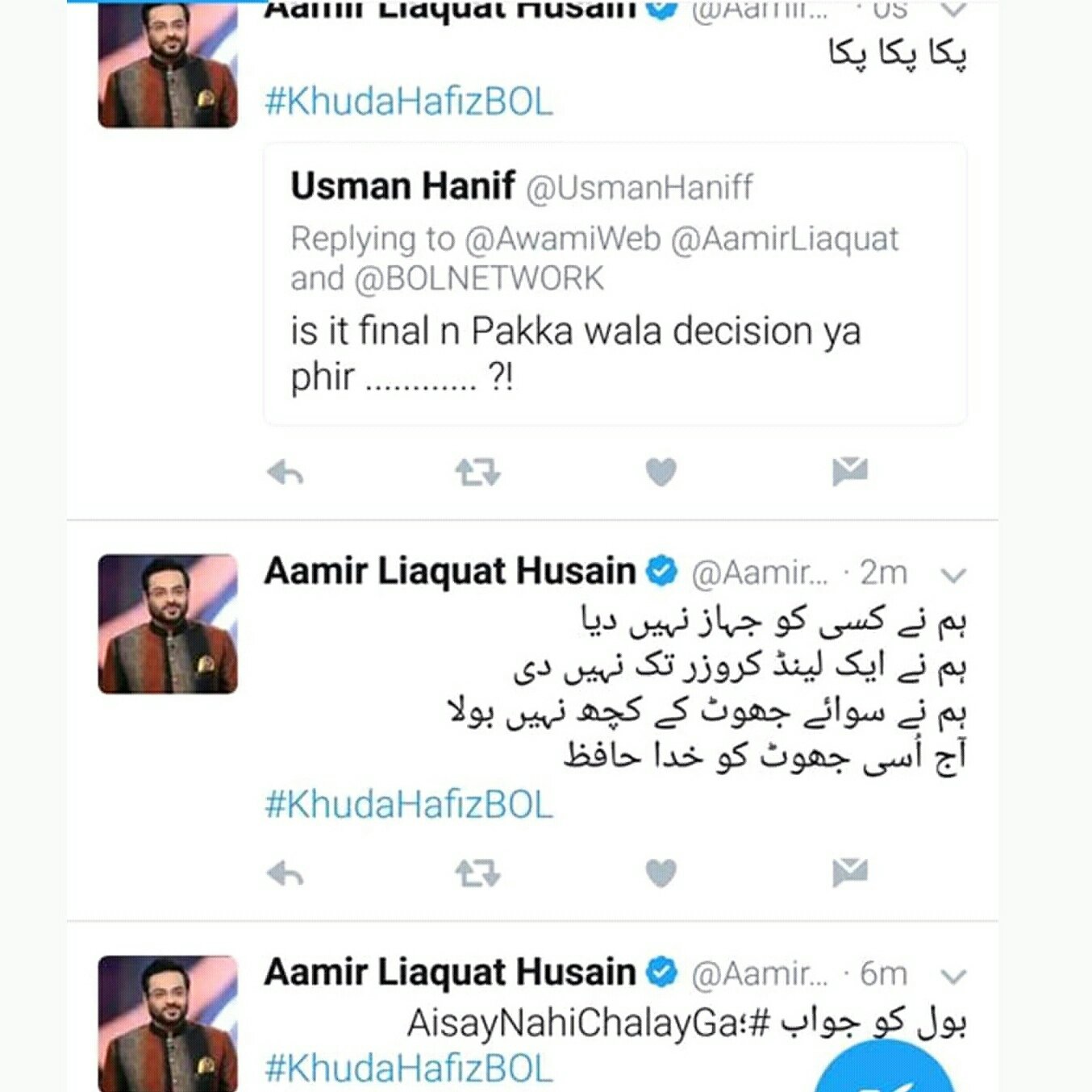 Previous Article Why everyone is talking about SAMAA TV’s Show 'Khatra'?