While growing up, our parents do everything that’s in their authority to protect us from the evils and negativeness in life. Due to this, we start to live in a bubble where all the problems of the world are only seen on television, the newspaper or on social media.
This worked out great for the most part because we are happy in our little world where our main issue is the network being switched off and on a public holiday. However, on the flip-side, it has made us completely indifferent to the real problems that people face on a daily basis. Not only do we hear about these problems on daily basis, we see them as we are driving on the roads of Karachi. We interact with the beggars who insist on cleaning our windscreen and we get obnoxiously angry at them for the audacity that they have with which they touch our precious cars without our permission. What we fail to see, is that these children are scolded by more people in day then we probably do in a lifetime for a nominal amount of money. We are so oblivious to the troubles these children on the street face because we are consistently protected from all that is wrong in the world, we turn a blind eye. Thus, along the way, we lost the chemical in our brain that allows us to empathize with people. We do not realize that if we are on the air-conditioned side of the window, it is because we are more blessed, not because we are better than them. We cannot take credit for God’s work and act like we have no responsibility towards the people who are not as fortunate as us. As Spider-man says, “With great power, comes great responsibility.” 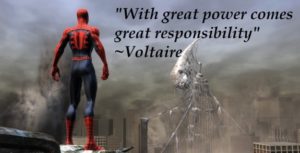 Success is not in hiding away or being oblivious from the evils of the world, but in accepting them and doing something about them. More often than not, we think “I cannot do this on my own” and move on. Well, the truth is that one individual probably cannot, but his/her action can and you’ll be surprised as to how that works. 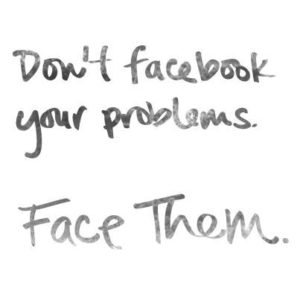 Well, this is how; scientists and mathematicians came up with something called the Chaos Theory to explain the nonlinear phenomenon of life that has no logical explanation. This theory suggests a hurricane can be caused in China by a butterfly flapping its wings in New Mexico. It may take a very long time, but the connection is real. If the butterfly had not flapped its wings at just the right point in time, the hurricane would not have happened.
Therefore, based on this theory, an individual can safely assume that his/her action will have a ripple effect at some point in time; whenever that maybe. This should be motivation enough for him/her to take the first step and be the change he/she would like to see in the world. So next time, a child comes to you to clean your windscreen; instead of screaming at them for their lack of discipline, help them, or better yet, teach them something. Who knows what the effects of teaching thousands of kids something new would be?

Next post Coins In The Honour Of "Abdul Sattar Edhi"