10-Years of empowering children of Lyari through compassion 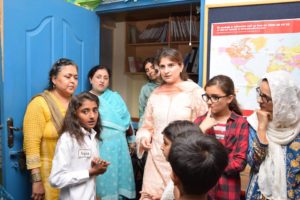 We take pride in celebrating the 10-year anniversary of the existence of Kiran Foundation. This organization was established in 2006 when Sabina Khatri went to Lyari to help in a case of domestic violence. After assessing the situation she realized that the environment was corrupt and the element of compassion that makes everyone human was dying all around her, so she soon took it upon herself to educate individuals of this marginalized area through the process of empowering women and protecting children. 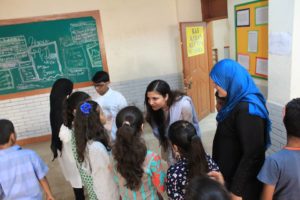 In the last 10 years, Sabina went from supporting a two-roomed school in a tiny alley with a narrow building catering to children of all ages to create a safe haven for toddlers and their mothers to be nurtured holistically and empowered emotionally. 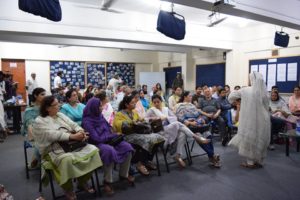 Kiran Foundation, in partnership with Akhuwat, decided to undertake the DCTO Government School in 2014 through Sindh Education Foundation and has reformed and re-established a ‘State of the art Public school’ for the community of Lyari. This school is a place for kids to play, learn, and make friends as it follows project-based learning that adheres to the core national curriculum rather than a conventional way of teaching through rote-learning. 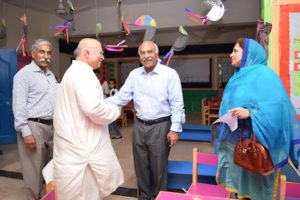 On the 28th of May 2016, Kiran Foundation was delighted to celebrate its 10-year anniversary by hosting an event named ‘Tea for a Cause’ to thank its supporters for their constant help and caring support as this may not have been possible without them. Further, current and potential supporters were given an insight on how they have been a part of transforming the lives of these children, as they were given a warm welcome by the children, staff, Mrs Khatri and Mr Tunio. The kids were more than happy to give their supporters a guided tour of what has been achieved by Kiran Foundation in 10 years. 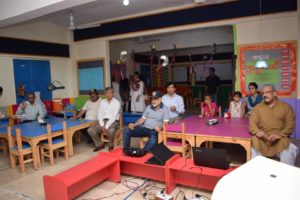 We look forward to continuing our great relationship with all of our supporters and the committed individuals constantly working with the organization to improve the education standards in Lyari. 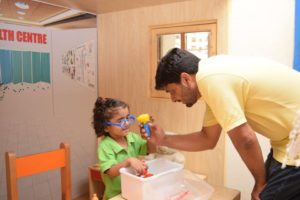 Is Child Labour The Solution To Starving Families?