Asia Bibi Should Be Hanged Or Not!

Soon after the verdict of Asia Bibi’s trial was announced by the SCP, the roads were blocked with everything set ablaze by the agitators, businesses closed and streets barren; reminding of a bleak era of MQM’s strikes and street power shows. The response of fanatics was as if the case was the only and most important issue Pakistan had faced in yesteryears.
So how did it all start? Asia Bibi, a mother of five, was accused of committing blasphemy in 2009. She allegedly used inappropriate sentences for the Holy Prophet (PBUH) and the Quran in an argument with three Muslim ladies while all four were picking up fruits in the fields. The three ladies along with a local cleric, were the eyewitnesses of the case. The same religious cleric Qari Muhammad Salaam reported to nearest police station about the incident and appealed against the Asia Bibi with respect to her “sarcastic” remarks against the Holy Prophet.
The three ladies also claimed that the Asia Bibi admitted making the statements in a “public gathering” and asked for forgiveness. After a several month trial of the case, the trial court convicted Asia Bibi for blasphemy and sentenced to death in November 2010. Asia Bibi’s prosecution team knocked the doors of LHC. Surprisingly, the decision was retained. 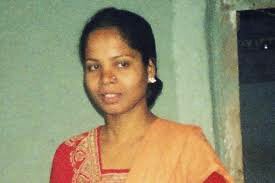 In the midst of all the events, there remains numerous loop holes in the case of Asia Bibi. The prosecution presented seven witnesses but was the credibility of witnesses inquired by the justice system? According to Section 295-C, the “Takzia-tul-Shuhood” (inquiry by the courts to establish the credibility of witnesses) must be established, which they utterly failed. Most importantly, what was the stance or answer of Asia Bibi regarding the case? Did anyone bothered to ponder upon her reply?
According to Asia Bibi, the quarrel started over the refusal of the three ladies from drinking water which was brought by a Christian lady; Asia Bibi herself. Asia Bibi admitted that there was an exchange of “hot words” among the ladies present over there, but does that really mean that those hot words were exactly depicting the blasphemy? The Blasphemy Law of Pakistan clearly mentions that the law is only applicable to a person who intendedly uses unsuitable remarks against the Prophet Muhammad (PBUH). So did she use the so called “hot words” intendedly?
It is the stark reality of the Blasphemy Law of Pakistan that it has been used for personal benefits, to punish the other person over personal conflicts using the blasphemy law. Consequently, raising concerns over the legitimacy of the law. These type of laws in an uneducated society put great threat on the security of minorities. Although, 295-C gives sheer independence to the accused person to defend himself with evidences, minorities are still in danger of being harassed under the umbrella of blasphemy law because of masses being uneducated; following and believing their particular clerics and Molvis as always right.
Consider a person abusing the other person whose name is “Ahmed” or “Mustafa”, would that be a blasphemy? Since both the mentioned names are of our Holy Prophet (PBUH), one can misrepresent the scenario easily to achieve personal benefits. Every day, tens of Muslims eat Samosas rapped in a newspaper-containing the holy names in articles and news, with a cup of Chai and throws the paper immediately into a trash. Would that be a blasphemy? Intentions matter a lot in blasphemy cases.
A person would be a buffoon who intendedly uses inappropriate remarks against the Holy Prophet, especially in a Muslim dominated society. Secondly, half of the nation is oblivious of the laws of Pakistan. Before implementing these type of laws that have direct threat to a person’s life, they need to be apprehended and make the people understand about the laws; especially the minorities who are generally unaware of the Muslim laws.
Last but not the least, no one has a right to put a tag of “gustakh” or “Wajib-ul-Qatal” over anyone. Today, a person’s life has been revived and a bunch of people are feeling sad over it. How ironic is this to know that people are protesting only because a person is not going to be sentenced to death. People in my society are happier over the death of someone rather than the revival of his/her life. Islam was such a cruel religion-neither had I believed earlier, nor will I believe in future.