It wouldn’t be an exaggeration to state that Pakistani film industry is booming again. Two recent releases Na Maloom Afraad 2 and Punjab Nahi Jaongi are running successfully in local and international cinemas. Both the movies have opened on a stronger note and critics and audiences alike are going gaga over them. Although both these movies belong to the rom-com and drama genre and some people are wondering if we are going to get movies of different genres as well. 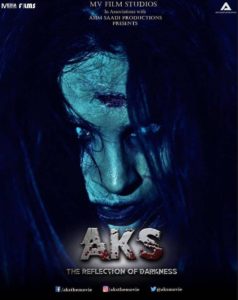 Seems like Asif Pervez has heard these whispers because he is coming up with something very different from what we have seen in recent times. And yes it is a horror movie. Yes you read it right.
Asif Pervez along with MV Films is coming up with a horror movie which can take the Pakistani film industry to the next level. It is being said that the Pakistani film industry has never seen a horror movie of this caliber and stature. The mega budget movie has been shot in Dubai and will be out by the end of this year or the start of next year.
When we were interviewing Mr. Asif Pervez, he told us that during the production phase of the movie, the cast and crew had to go through some life changing and unforgettable incidents that he still gets shivers down his spine when he thinks about those scary moments during the shooting of his upcoming movie.
The filmmaker was initially hesitant about giving out much details about the plot and story of the movie or about the incidents they faced during the shooting. When we really requested him, so he agreed and said “the plot of the movie isn’t what you usually see in a clichéd horror movie. It is neither based on any true events but it is definitely inspired by some true supernatural events that we usually hear about and choose to ignore for whatever reasons”.

The director also told us that during the shooting of the movie they witnessed some very strange activities on the set. He added that one of his actors would repeatedly tell him that she was seeing a kid on the set. While his cinematographer Asim Saadi faced many accidents throughout the shooting schedule of the movie. The star cast includes Roman, Faiza Asif, Arsalan Sheraz and Jyoti Dagar in leading roles.
The director also said that his team plans to release this film internationally as well. The entire team of the film seem very confident and right now all that we can do is wait for the release of the movie.

Next post Blue Whale Is Fake And Burma Incident Is Real