Life is full of adventures and explorations if one is willing to do so. However, we always bound ourselves in the name of hardships and problems that we face in our daily lives. This never lets us get out of our shells and comfort zones. It has been a reason we often miss those precious instants which are regarded as the moments of the lifetime.

Therefore, In the quest of some thrill, I along with my friends planned a journey to the place worth watching. It’s a fort and is named as Ranikot Fort. We were on a trip to Nawabshah, to attend a marriage ceremony. So, before starting our voyage, we sat together and planned our 3 days trip in such a way that we take out a bit of time in the way to visit this fort.

On Friday night, we left for the Bus station to find a bus for Hyderabad but failing to do so, we moved to the railway station so that we wouldn’t miss the train, unlike the bus. Fortunately, we got the tickets there and caught the train. We were very excited and enthusiastic about our trip but what we had to face in the train was the least we could have expected.

The passengers were overloaded and were made to travel like animals. All the credit goes to the Government though we somehow managed to reach Hyderabad station by standing for a period of 2.5 hours in the train. We could hardly move our bodies there as it was jam packed. Finally, we reached Hyderabad station at 2 am. We thanked Allah for all of His blessings upon us because what we had witnessed there was unimaginable. We moved to our hotel and it was the time to take some rest for the next day’s journey.

It was 7 am in the morning, and we were energized to take on the expedition. We traveled through the Indus highway to get to our location. It was approximately at a distance of 120km from Hyderabad. After covering a distance of 90km, we found a road towards the fort. There was no network coverage in the area which made my friends a bit uncomfortable. The desert was on our both sides and we could hardly find any kind of populace there. It was all barren. 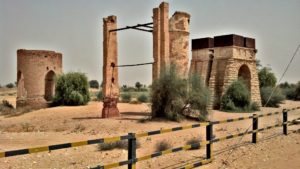 Suddenly in the middle of the desert, we caught a view that was breathtaking. It was the fort constructed with different types of stone and was built between two mountains. It was approximately 26km long, starting from one mountain ending on the other. Previously, I tried to find out some matter regarding this fort but unfortunately, I failed. There were different contexts about its origin but none of them were authentic enough to believe on.

The scenes were incredible and were really amazing to watch. Everyone was enjoying the beauty of the place, the serenity of the air and peace in the atmosphere. Even after the feeling of joy, somewhere in my heart had a disappointment that Sindh Government should look after these kinds of an asset which add value to our culture. Although it is a heritage site but is unable to get any kind of care or maintenance. This thought had distressed me a bit.

Now it was the time to move forward because we still had a journey to go on and it was just a stop not the destination for us. We reached Nawabshah at night on Sunday and attended the marriage ceremony. As we had a dreadful experience in the beginning of the trip, therefore, we already bought return tickets so that we can travel back home in comfort. We left for Karachi in the evening and reached the city at night. The journey came to an end but the sights of that unforgettable place will always be remembered. 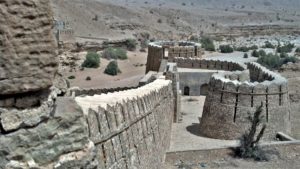 Previous Article Is Your WhatsApp Working?