Mark Zuckerberg is all set to catch up his goal, he’s is ambitious to create a technology, “An Artificially Intelligent Assistant” which will be programed to run one’s house and assist him at work. He stated, “This should be a fun intellectual challenge. It’s different kind of rewarding to build things yourself.”

That thing will be “kind of like Jarvis in Iron Man.” he updated on his Facebook post referring to a known character of Marvel comic while disclosing his 2016 objective. He further discussed that first he will analyze extant technology before apprenticing the system to figure out his voice, identify acquaintances that ring his doorbell and invigilate his house.

Facebook Inc. is currently engrossed in developing its own AI assistant named as “M”, which is embedded in its Facebook Messenger app. In 2015, Facebook introduced Wit.ai, a voice-recognition startup backed by Andreessen Horowitz that programed to help machines learn humans more efficiently. Zuckerberg hasn’t preferred a label for his virtual assistant yet. He further mentioned that he would presumably build it with Facebook-developed technology so he could admittance work conducted by the social network’s AI research team. 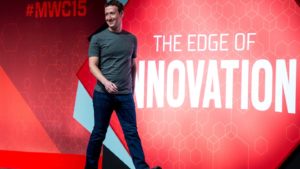 While commenting on his post regarding AI assistant, a person urged him to “create a kind enough AI that won’t stage a violent takeover of the human race.” Mark responded: “That’s the plan. (A kind AI.)” “I think we can build AI so it works for us and helps us,” he replied to another comment. “Some people fear-monger about how AI is a huge danger, but that seems far-fetched to me and much less likely than disasters due to widespread disease, violence, etc.”

Facebook scientists and experts from various sectors are working of a future where artificial intelligence (AI), virtual reality and telepathy will be the essence of modern life. Most of the technology being introduced till today simply focuses on managing rich communication experiences, he said. As the time passes, the technology will improve and adapt a form which will help to communicate with each other using the power of our minds.

Welcome to a world through Glass