The World Of Injustice 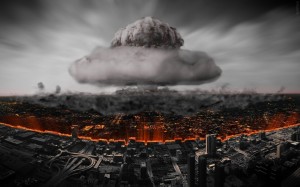 The current crises that we all are aware of are not unknown to the world and we all can see the inhumane, barbaric actions of the nations, and factions done to the humankind. It is no longer prevalent that mankind cared for each other but rather are now inflicting the pain to others just for the interests of their own.

The current era, in which we are, can be termed as the most viciously civilized generation as we no longer look out for others but rather be selfish for their own sakes. An attack can cause an outrage in a foreign country and allows them to nullify the threat by targeting a country accused because the affiliations are imposed on them due to sufferance of the country’s sovereignty by the similar cause which affected the other country.

The belief that the root cause is the born of the gulf countries has posed an imminent threat to all the Gulf nations by the Western world and has brought them to an acclamation of rights to disrupt that country’s sovereignty and dismantle it from its roots, so that it is unable to stand on its own.
The reason for all of such happenings lies under the cover of lies created by the supreme powers to harvest the natural resources of such country which can be viable for them. A brutal but honest truth that is untold. There are various factors created to surrender the countries of their abilities to analyze the horrific threat and bend to the western world for help. Isn’t this injustice?
An chaotic surroundings submerging the peaceful environment of innocent lives, living pleasantly in their shelters and wanting nothing but freedom and serenity are now homeless as their shelters destroyed, starving as their resources are stolen from them and famine stricken but no one to help them. Is that what humanity is going to boast about? Who are the real threats?
The questions of such regards go unanswered as they are curtained by morality of nations that are built of their own. 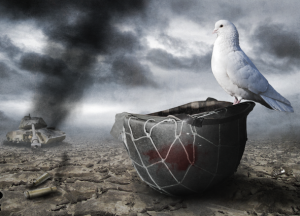 The United Nations on the other hand, plays no part in such events happening as it is only present and functional to let the powerful exercise their powers upon the powerless. It is a battleground of the mighty, where the lesser nations just observe and settle the disputes of the mighty.

The injustice prevailing is unavoidable, but not impossible to revert. Our succumbed needs have to be reborn despite of all the atrocities. We must fall out to newer ways to regain the consciousness before it is too late to cry over split milk. There is still a lot remaining to the world than what we see in future of nothingness. There is still hope, or isn’t it?

Previous Article Your Ignorance is their Power