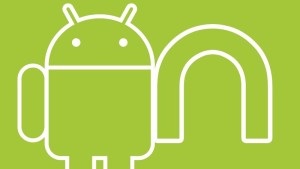 Loads of Android users are curiously waiting for the brand new “Android 7.0 N.”

Is it because from the very start Google has named all its android versions in an Alphabetical order!

Yes, apart from the features, the name has also been quite controversial as many people are showing their interest to know it before its official release. Although, not any official name has been decided yet. Thus, everyone calls it as Android 7.0 N.

According to Techno Buffalo, “Nonetheless, they won’t be taking a glimpse of it until later in 2016. Fortunately, Google is generous enough to share one of its key features! “

The director of Google’s consumer hardware, Andrew Bowers said that they are working on things for Android N. He further said that they would be defiling the fun if they would mention every single thing about the brand new and unfamiliar features of upcoming version. At the end he did also confirm the news that split-screen support is currently in the work.

“We’re working on lots of things right now for N that, of course, we wish we had, you know, yesterday. But we’d spoil the surprise of N if we shared all of them. Split screen is in the works!”

It’s been rumored all around that the upcoming version of Android will slay out Chrome OS, and will introduce duo, the two operating systems will become one with Android overlay by Chrome. This is something on which Google has been working on for a long period of time. Their struggle has recently made out some mentioned progress.

Google has always opted to do more and more and this time they wants to introduce something out of the ordinary than to put Android on more devices, Lockheimer stated during his interview that  “Google wants smart Android devices to talk to each other better in order to offer new features that right now aren’t possible.”

Aside Android Alpha and Android Beta, Google has always preferred to name its Android OS versions relating sweetmeats as well in alphabetical order. From the very start we’ve had Cupcake, Donut, Eclair, Froyo, Gingerbread, Honeycomb, Ice Cream Sandwich, Jelly Bean, Kit Kat, Lollipop and Marshmallow. Ahead to be launched is Android ‘N’, definitely it’d be a sweet treat as well.

Android versions generally introduced with a numeral code and a label that’s been finalized after sweets and desserts, leading in an alphabetical order.

The last introduced version, Android Marshmallow, specializes to make the OS easier to use as well user-friendly, with more control over your apps comparatively to others. However, the upcoming version Android 7.0 N is all set up to release containing the pile of out of the box features. Let’s hope to experience the said features soon.

Previous Article Education for the Elderly