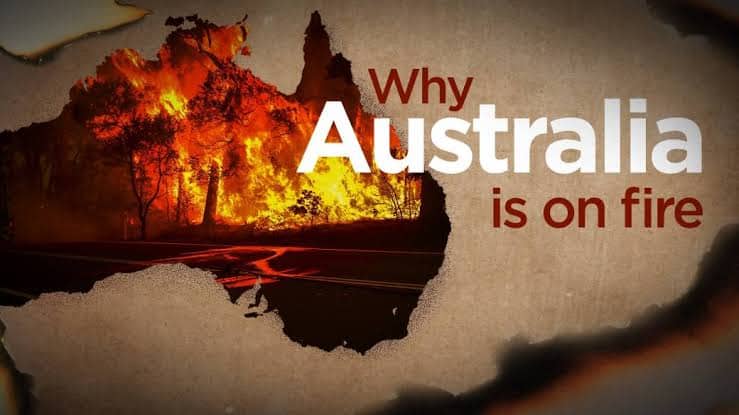 It has been more than a decade that global warming has become the matter of concern among the world leaders. Recently Pakistan’s premier Imran Khan has shown his growing distress in United Nations regarding the global issue. However, it has caused an unimaginable disaster in Australia. Due to a drastic increase in the world temperature, the usual fire season in Australia has turned monstrous and swallowed 2000 homes, 6 million hectares of land and the most heart wrenching is the unrecoverable loss of wild life. The minor reasons are said to be arson or lightening. Surprisingly, the main reason is found to be the floods in East Africa leaving Australia extremely dry making it a fire haven.

Bush fires are a natural part of Australia’s Eco system. However, they had never caused damage to the extent until 2019. Moreover, Australia recorded its highest ever temperature that went up to 45 degrees resulting in calamity. According to the Indian ocean dipole (IOD) index, the problem arises due to the major difference in the water temperatures of Australia and Africa. Moreover, the warm water shifting to Africa causing floods resulting the drought in Australia. Fortunately, it is shifting to neutral providing relief to both Australia and Africa.