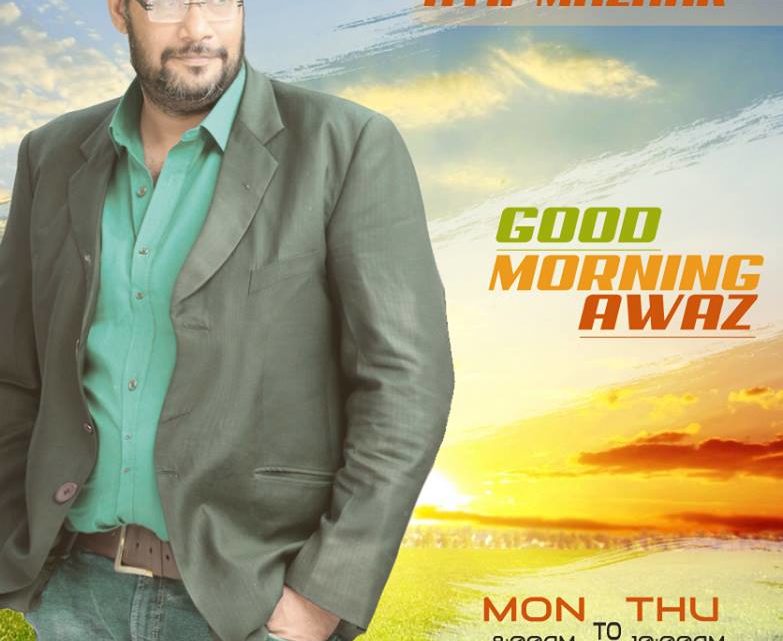 It was a beautiful cloudy day when I was supposed to interview Mr. Atif Mazhar. Due to our city traffic, I got late and was rushing towards his office building. I reached to his office building, and despite his constant guidance for the directions on a phone call, I couldn’t find him. I was looking for him when he waved at me and I went towards him. He hugged me as always and told me to wait inside his office, and so I did.  I realized I was a bit late and it was his smoke break. A few minutes later, he was back in his office room and we were catching up from where we left last time. I met him last time in 2014 when he was appointed as the Programming Manager of Karachi FM 96. I asked him if he was ready for the interview. He replied in his typical style and told me he’s always ready. So I started the interview.

It was definitely a planned decision. I used to listen one private radio station a lot and it inspired me to become an RJ myself. I went to give an audition at FM 101 and got rejected 10-11 times, but I refused to give up that easily. So I continued to give a couple of more auditions at FM 101. After a lot of efforts and hard work, they finally accepted me but I only worked there for around 4 months. Then I got an offer from Dubai to work at FM 106.2 which is where I think I got a proper training for radio. It was indeed a great learning experience for me. 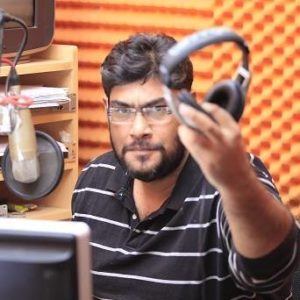 Just after my 2 questions, I realized that he was being very honest; something which normally happens, especially when you are conducting the interview of an established personality. And in my opinion Atif Mazhar still remains one of the most down to earth figures in radio industry despite all the fame and success he has had. Another thing that I noticed is that he was speaking straight from his heart. He wasn’t thinking too much, but he was just being himself. Anyone in his place might not have talked about the amount of struggle he went through to become an RJ; but Atif Mazhar is indeed an exception. He even casually talked about the times he got rejected by FM 101. Now this is what I call brutal honesty at its best, something which only Atif Mazhar is capable of. 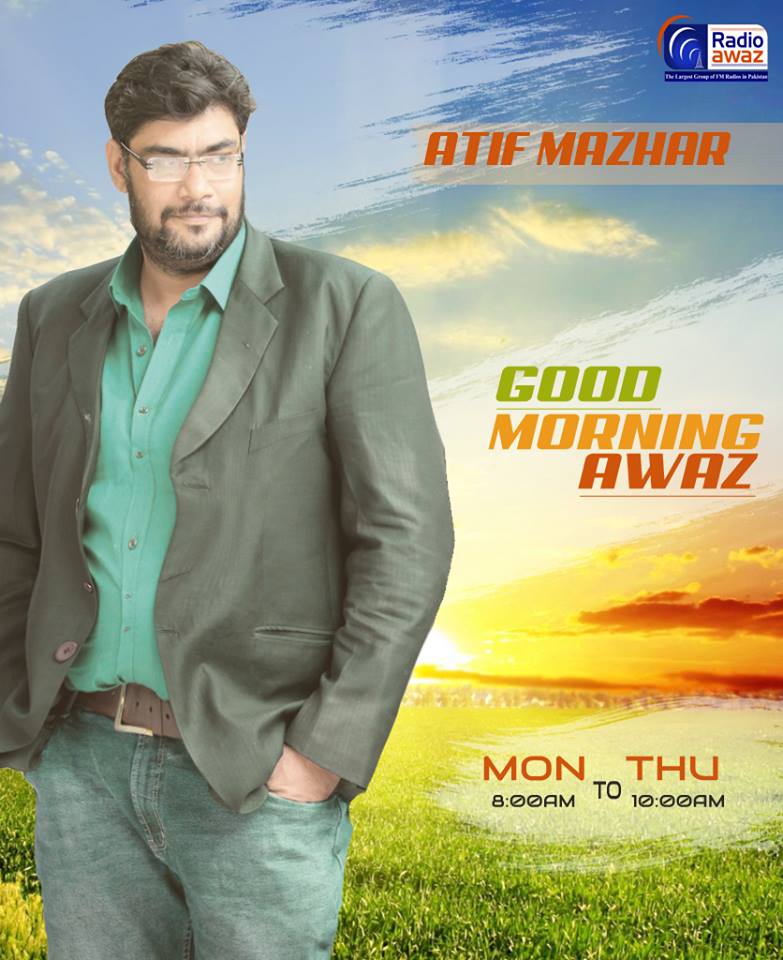 I knew it from Day 1 that radio is my field. I joined this field way back in 1999 and since then I have been working in radio. It has now been more than 20 years that I am working successfully in this field. Over the years, I did receive numerous offers from TV as well, but radio is the field where my heart belongs. I did work with Geo Super as an anchor for some time but radio is something that I genuinely enjoy.

No. Never. I never thought that my voice would become popular. Still today it happens that when I hear my own voice, I am like I sound okay but I think people have been very kind and they have been giving amazing feedback to me that I sound incredible and energetic and what not.

My approach remains the same over the years that a radio station should have good music while the RJs should talk in a sensible manner. The overall sound of the radio station should be entertaining. Radio is a very emotional platform and listeners build a certain kind of connection with the station, so you have to be careful. I am very happy that since I have joined Awaaz FM Network, the listenership of the station has increased a lot and we all are very happy because of it.

Listeners can expect a variety of shows from Awaaz FM Network. Good music, good RJs and a lot of entertainment. We have recently started Good Morning Awaaz which goes on Awaaz FM Network which means that listeners in Lahore, Karachi, Islamabad and Hyderabad etc. can listen to it. Apart from that, there is a lifestyle show that listeners are liking a lot. I am doing Evening drive time show which also goes on Awaaz FM Network. Rafya, who is also a TV anchor, is doing a show too. We are also trying to take on board Qaiser Khan, who is a famous RJ from Lahore. He will be doing his show from Lahore and we are very excited with the prospect of it. As of now currently listeners can listen Awaaz FM Network in 15 cities of Pakistan. Most of them are done in Lahore abut we are also thinking to start some new shows from Karachi.

The old listeners and followers, they keep following me to every station I join. Plus, every time I join a new station, a large number of new listeners also start following my shows. So I always have a mix of new and old listeners.

That feeling was amazing. It was totally out of this world. It was priceless. I really don’t have much words to define that feeling, but I still remember that beautiful day and it stills brings a smile to my face when I think about it.

He was smiling throughout the interview and was being true to himself the entire time I was talking to him. However, this one question brought a bigger smile on his face. It was obvious why this was, because I had asked him about his personal feelings when he heard himself for the very first time on radio. His answer to this specific question, just like all his other answers, was also very honest and straight forward indeed.

I have done television in the past but it didn’t excite me much somehow. I have had some offers from TV recently too but none of those offers have excited me much but I like to keep my options open. If I am offered something really exciting and I like what they are offering me I would love to do it.

There are a lot of amazing stuff that the listeners can expect from me this year. There are some new shows that I am not allowed to divulge the details of, yet; but listeners should keep listening to Awaaz FM Network because there is a lot more to come.

Radio is definitely not an easy field. In some ways, it is actually a lot more difficult from TV because here you just have the audio medium and you have to engage your listener with just your voice. So you have to put in extra effort. Success on radio also takes time. So you can’t do shows on radio for a month and expect to become a superstar the very next day. Plus, if you have real passion for radio, only then you will be able to survive in this field. Short cuts don’t work here. All the best!

By the time when I was done with my interview, I realized it was more than one hour that I had spent talking to Atif Mazhar. However, I had so much fun conducting his interview that I couldn’t figure out how quickly time passed. He is simply one of the best people that we have in the radio industry radio. He is extremely honest, humble and down to earth. Throughout the interview, he was very casual about his responses. He didn’t sugarcoat or exaggerate anything about his career. Although he could have and no one would have known about his struggles, but he didn’t shy away from discussing them. Normally entertainers and public figures even glorify their failures but Atif Mazhar didn’t even try to glorify his achievements either. So, this is Atif Mazhar for you; honest, blunt and extremely straight forward. One thing he made very clear in his entire interview is that if you want something in life, you have to work really hard for it and for long-term success, shortcuts do not work.

So, here’s our team wishing Atif Mazhar more success and happiness in his life. And as its 16th September which is Atif Mazhar’s birth date, so we also wish him a very happy birthday from our entire team at Daily Premiere.

Next post Is Child Labour The Solution To Starving Families?