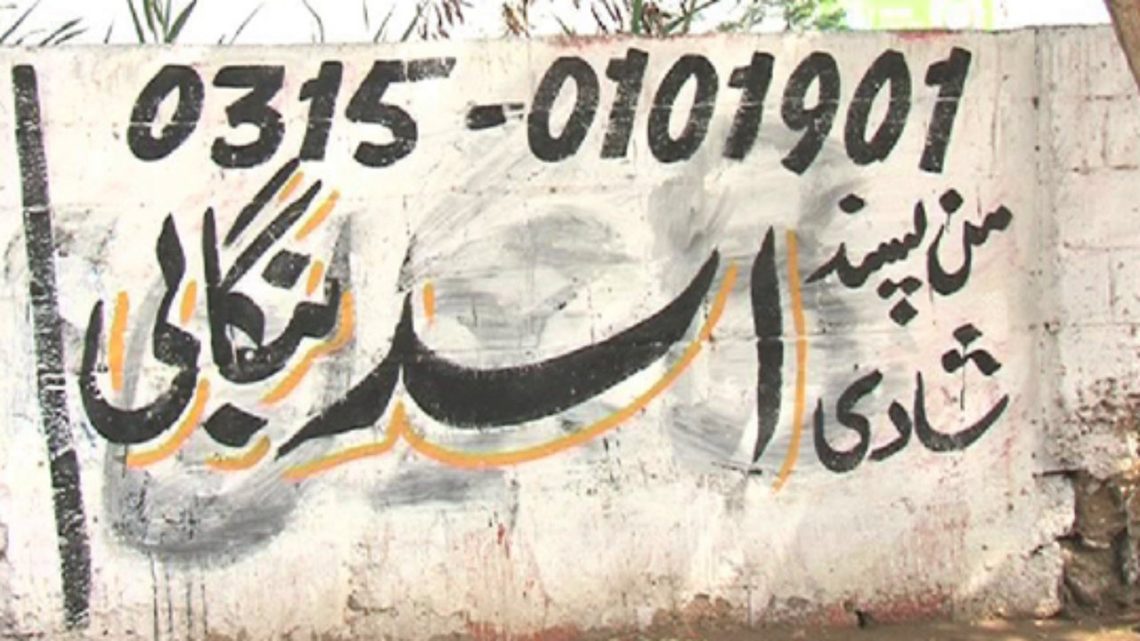 Karachi, being the biggest and most economic city of Pakistan often see mismanagement and bad administration at times. The city of lights is loved by millions and is a hub of trade and profits. Wall choking is not something new to the city formerly called Kolachi! Almost every wall is under the rule of choking with different messages written on it.
Wall choking in our beautiful city not only make the walls look ugly and messed up, but also gives flame to civil war too, in a hidden manner. The choking is mostly about politics and political blame game, the current situation of the country and last but not the least about black magic and dawa-khanas!
It seems a bit strange that how come it happens in a city where many people are literate, but all that wall choking is adding to our society is giving verdicts about somehow everything!
Sometimes it roasts Pathans by Muhajirs, and sometimes Sindhis by Urdu speakings, it doesn’t end here, sometimes it’s ‘go nawaz go’ all the way whereas sometimes it’s against marshal law. Sigh!
Well, we see wall choking about a particular party being there in a good way and on contrary to it, the abuses are there about the same party whenever a court trial or encounter is there. Some stupid kinds of messages are there at times about steroids claiming to improve your health and on the other hand, it’s about the illegal ‘jadoo ka tor’ and ‘taweez’ kind of thing, which is definitely way much annoying to all of us.
After the actions taken by KMC and others, wall choking failed to stop. There should be more steps taken seriously to stop this act of dirtying the walls so that there’ll be no sect system and political clashes between the civilians. Trust me, we can do it to save our beautiful city and its lights. Looking forward to a great Karachi ahead, by the voice of people against every odd!