FUTURE OF DEMOCRACY IN PAKISTAN 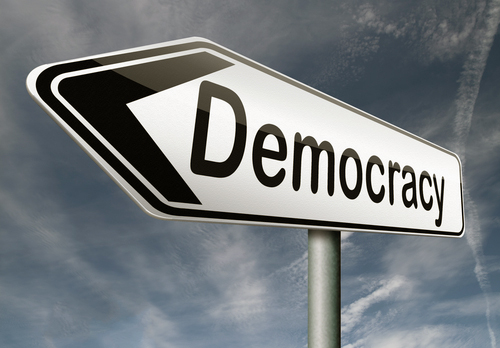 Pakistan is a free and independent state with a high population. From the rule, and the law of order, to all state affairs the governing bodies are more concerned about democracy.
The people’s government by the people and for the people is not taken for granted here, and all possible hard work of people revolve around improving democracy and make Pakistan a democratic state like our fellow neighbour India which is a biggest democratic country!
But it seems like Pakistan doesn’t have a good democratic system. There have been many marshal laws here, i.e. the army and dictator rule. In all this process democracy has suffered a lot.
Recent big news of our state is the disqualification of our PM Nawaz Sharif by Supreme Court due to Panama case. And yet again no Democratic leader has made his way to a complete five-year tenure, right from the existence of the Islamic Republic of Pakistan, which is strange! So, let’s see how our democracy could be made strong enough in the near future, and how the future Prime Minister is going to deal with all scenarios.