What’s Really Underneath That Skin? 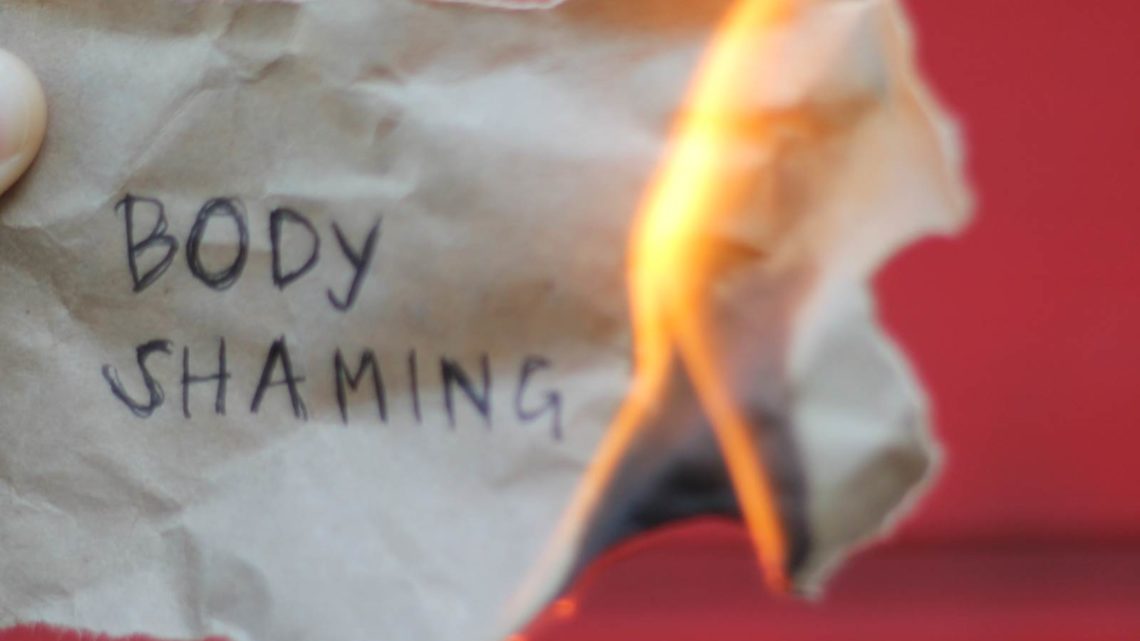 “Duh she’s single, have you seen her weight?!” “You are a stick, eat something!”

Sounds familiar, right? Well, most of us have either given those comments or if terribly unlucky, received them. Not that this spitefulness made us any better than the person to whom we say nor whoever say to us makes them any better. Trust me, it did not. And if you think it did, then congratulations, you have reached the highest level of being a malicious, self-proclaimed perfect person and probably should stop reading this article right at this point.

For the rest of you, who are guilty or can relate to this, you should just probably ignore those malicious people. But let’s be honest here. We have all done it at some point in our lives to someone, and if you have been a victim after doing it, it’s definitely karma getting back at you. To explicitly define the phenomenon further, body-shaming is precisely the supposed ‘art’ of criticizing one’s own or other’s physical appearance either in front of them or behind their back. It is such a prevalent practice that we don’t even realize how often we do it or fall a victim to it. Simple comments like “that dress doesn’t suit your figure” or “she’s so vulgar” point towards criticizing someone based on their physical appearance rather than the person they might be. And it’s not even that you are too common a person to face the spite, nope, celebrities aren’t spared either. Just recently, one of our very own TV show hosts, Sanam Jung fell victim to body-shaming when viewers started trolling her on Facebook on how she should start taking up older roles, since she does not look like a young girl anymore and how she should be in the gym rather than in the dramas!

These may seem like very normal comments to our generation nowadays since the issue of body-shaming has become a sickening norm in our society but in reality, this is an alarming situation that we have come to. We simply cannot stop judging anyone as a person beyond what they look like. The ‘body’ has become an emerging parameter for judging people on how they might be as a person since of course you cannot be a nice and sweet person if you are fat or if you are too thin. Not only, are we doing it intentionally but we are also accepting others openly body-shaming too. The essence of movies like ‘Mean girls’ and “The duff” is all about trying to attain the perfect look with the oh-so-perfect body and belittling all those that fall beyond the perfect body line. And then how come nobody ever raised a finger at all those TV shows that use fat people to add that humor element to the storyline? Is it because as humans we have stopped so low that we do not see the crime being committed so openly?

Body-shaming is a masked form of bullying in which the target (be it your own self or another) is being shamed for something that is plainly their choice or genetic makeup. In a so-called-free world where we are in a daily struggle to break free from all barriers and come out as free people who can make their own choices in life, body-shaming is ironical to exist. The fight for rights and freedom is in our speech only but should be part of our attitudes too as when you give others the right to live as they want to, only then can you also live in peace because don’t forget Karma actually exists! We as a society should work to eradicate this practice as the consequences of this practice are more often than not, fatal.

Those affected by this malicious practice either lose all their self-confidence in life or become anthropophagic succumbing to a life of loneliness and sheer misery. Feeling the pain of a victim is easier said than felt hence the least we as humans can do, is change ourselves than change others around us. And then charity always begins at home so why not start by changing our own outlook on the issue and start accepting our own selves and people for what they are then what they look like.

However, if you are an addict to finding flaws in yourself and judging people on physical appearances, then it’s best if you try to change your ideas of perfection and focus on improving yourself from the inside as a person than from the outside. Appreciate the good things in life and reduce the negativity and be thankful for all that you have. Remember the underprivileged who are actually helpless than you and your needless temporary whining about not having the ideal body size or shape.

As for other people, befriend such people, know them, find out about them and create an image of their persona through that rather than merely judging them on their physical makeup. Also try to kill the monster in you, practice empathy. Try to put yourself in their shoes and understand what they are going through in their life without them having to worry about body-shaming too. The funny part in all this is that, those body-shamed are not even the actual victims but rather the body-shamers are. This is because they don’t even realize that they have become such monsters and sinners falling prey to some major insecurities which they try to cure by belittling and shaming others to make themselves feel good. However, the guilt of ruining someone else’s life doesn’t let them relish in that glory either and they become insecure yet again and it becomes a vicious circle of which they can never get out of!

Moral of the story? Let’s live and let others live!