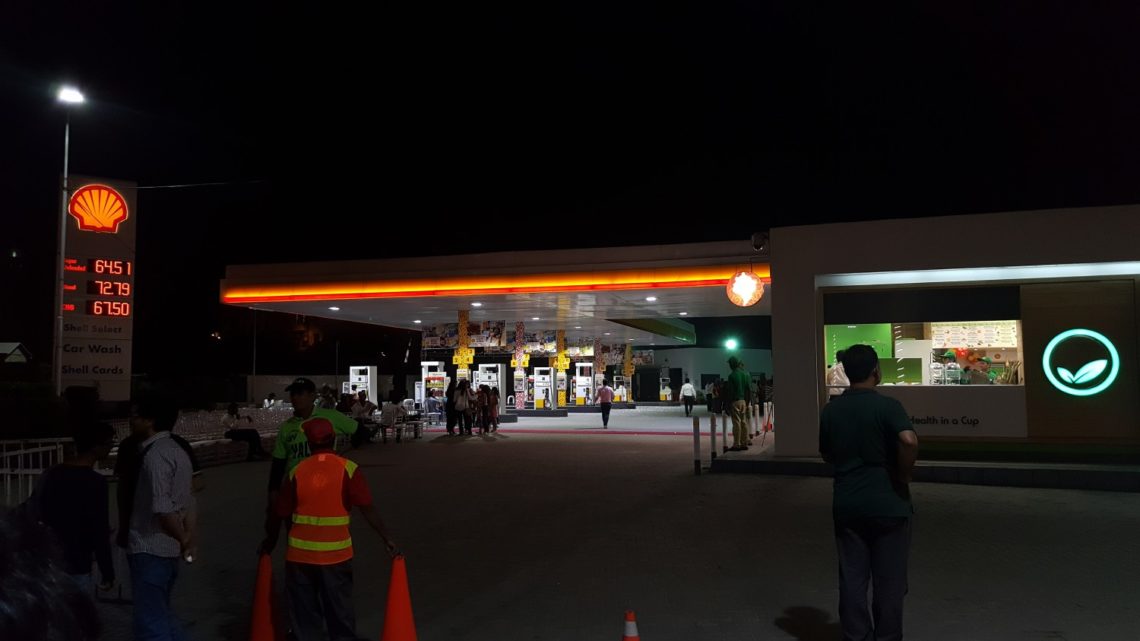 A few days back a video got viral on social media of a brave lady exposing the fraud of Shell Pakistan. She made a video from her smart phone, telling the staff of petrol pump to show her the amount of water content in the fuel through scrutinizing process on Shell Pump, Askari 4 branch. It is likely that fuel had ruined her car’s engine as she claimed in the video.
These practices of treachery are not new in Pakistan. I myself am a victim of famous fuel companies who would go to any stage when it comes to fraud. They would charge more from credit card and put less fuel or set the meter of the machine in a way that it leaks less amount of fuel in exchange for the amount of money given to them. Had it been any local fuel pump, then the situation was not that bad since the people here have done some amazing things, ironically, from selling donkey meat to mixing hazardous chemicals in drinking water but the involvement of the multinational company in a hanky-panky is an eye opening situation for us.

Multi National Companies like Shell tends to demonstrate corporate social responsibility and they focus on the belief of returning back to society but we have seen these huge organizations doing huge frauds. Though the sources reveal that heavy rainy season last week might be the reason of water found in fuel. Any leakage in the storage tanks may be the reason since the systems here in Pakistan are quite an old one, it has become the norm of fuel stations to do fraud and make more money. Whether there was a tank leakage or any other reason, this cannot justify them selling water contained fuel and ruining the cars of people. Shell is otherwise closing its operations in Pakistan, so they would be hardly worried about their company image here in the host country. So we should just let it go? Same as the way hundreds of cases of treachery have been eradicated.

Last year a video got viral which was much more intensified which clearly showed mismanagement and lack of control of one another MNC i.e. Nestle Pakistan,  pronounced global firm. A courtesy was by a common person who recorded an insect found in a particular juice. Can you imagine an insect in your juice? Similarly Coca Cola, a beverage company was also accused of storing hundreds of tons of cocaine in their factory. What I have learnt from MNC’s is as simple as you earn money! In any manner!

First, they create a need for a particular product which is not even your necessity and then apply several tactics of making a place in people’s hearts by promoting environmental sciences, showing they are the best care takers of yours. But actually, they are here only to earn money! Maybe the degree of scams in Pakistan is much more due to the fact of bad governance and lack of law abiding citizens. MNC’s get a greater room to cheat in less developing countries.

These practices can only be stopped if we bouquet their products, stand united against so called MNC’s that are fond of cheating. This video is another great evidence of shaky face of huge companies. We cannot let our children live at the mercy of companies like Nestle and Shell. Likewise, there is the considerable number of organizations found in frauds in past. We should put pressure on the government to take any serious action against these organizations especially Shell Pakistan which is the latest suspect. Last but not the least, awareness should be fostered among the people who think anything packed in a nice-looking packing cannot be harming, who think big names are habitual of big ethical standards, which is not the case. Every single person in Pakistan is the service man of this country and our beloved families and it is our responsibility to speak against any diddles or fiddles which we see. Let us stand against this Mafia to let the coming generations know the result of frauds.

Previous Article Fairness Creams And We