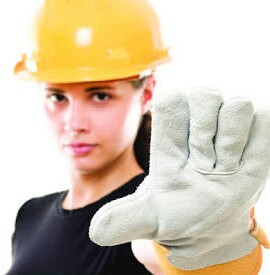 This article studies the barriers that hinder female workplace participation and discusses a particular case of female workers (doctors and nurses) in a hospital regarding the gender based violence they suffer from.

The literature on the subject outlines that lack of required skill sets and lack of qualification are not the reasons behind an unequal employment ratio between men and women. Contrary to that, it is the harassment they face at work that discourages women from employment altogether.

In ‘Taking Their Own Lives — The High Rate of Physician Suicide, ‘Eva Schernhammer highlights that female physicians are often in severe depression as a result of which many commit suicide. She cites certain examples of how the female staff is often mistreated while at work. Male patients and doctors often make unwanted physical contact and pass sexual comments towards them. They also needlessly call nurses for prolonged non-serious conversations which eventually lead to asking them out for dates or also verbal abuse at times. Such occurrences have made female doctors and nurses less enthusiastic towards their work. Schernhammer stresses the need to create a working environment that supports and strengthens the position of females in a work place and provides them protection from such instances.

An article in the Time Magazine quoted that 30% of the successful female doctors have been sexually harassed. According to a research published in the journal JAMA, one-third of women physicians reported being sexually harassed as compared to the 4% of male physicians. From among those women, 60% stated the harassment had a negative impact on their confidence and 50% said it had greatly hindered their career development.

Moreover, interviews with female hospital workers in Pakistan revealed just how prevalent such issues are. The personal experiences of several victims also highlighted the extent of gender-based-violence in Pakistan. Widespread violence on all levels occurs on an everyday basis despite the fact that the country boasts a strict gender code and regulars regarding gendered interaction.

Several female employees of Ziauddin Hospital complained about cases of sexual harassment. Apart from the regular sexual innuendos, attempts at touching, passing random comments on appearances and receiving random calls, these workers also have to deal with even worse scenarios. Because of their overnight shifts in the hospital, male patients, doctors, and nurses have often been reported to have entered their rooms without bothering to knock or announce their presence. This has led to considerable embarrassment where their privacy by virtue of being in a private room was encroached upon. They have narrated cases in which the male workers came inside their rooms while they were asleep, some even without their headscarves.

Surprisingly enough for a country like Pakistan, these women have also been asked if they are ‘single’ or looking for a marriage partner, in such detail that they have even experienced male patients, workers, and doctors inquiring about their ethnicity, based on the taboo on inter-ethnic marriages in Pakistan.

The evidence through research and personal encounters screams of the weakened position of females in any organization may it be a hospital or a corporate firm. There is dire need of mental health counseling both for men and women who work, as their internal anxieties and stress trigger inappropriate behavior towards the opposite gender. This will not only play its part in improving the way men objectify their colleagues, and make men more supportive of them, but also help victims of harassment recover from whatever loss of confidence and career-relevant hindrances they have faced due to it. Apart from that, in order to ensure a harassment free environment, organizations should implement strict policies backed by serious consequences to counter such behavior. Fear of penalties like being fired or fined is likely to reduce such incidences in any organization and would lead to a more respectable environment.

Furthermore, initiatives such as positive advertising to remove unconscious gender bias can also be taken, but these require a lot of funds and are often beyond the hospital’s reach.

However, the state’s policy should condemn and control behavior that causes social distress, as it largely deters the state’s economic growth, and strict actions should be taken against the doers of violence whether done by female or male.