Reason For The Conflict Between Saudia Arabia And Qatar 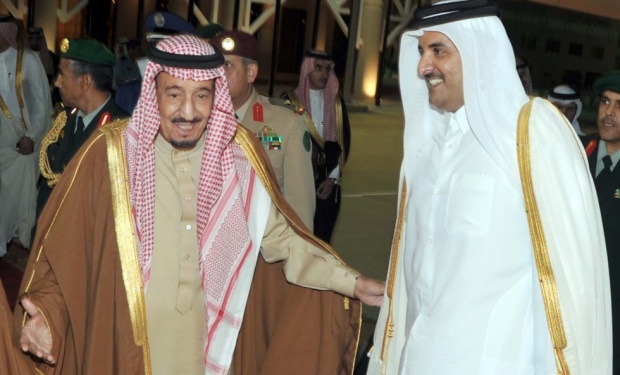 Gulf crisis are in no mood to come back to sanity. Initially, it was only Palestine suffering and then joins Iraq, Libya, and Syria. Now the tensions have worsened in the middle east region after Saudi Arabia and three of its biggest allies—Egypt, United Arab Emirates and Bahrain—all announced that they were terminating diplomatic ties with Qatar, including land, air, and sea travel.

Reports say that the move from Kingdom came after Saudi Arabia accused Qatar of backing Islamic groups like Muslim Brotherhood and Hamas in Palestine. But what does Kingdom has to do with it? Hamas was created in 1987, fighting against Israeli forces in their own homeland. Why are the Sheikhs of Saudi having any sort of problem with that? They actually don’t have any issue with this. The thing pinching to Kingdom is the closeness of Qatar with Yemen and Iran—the two Shiite state Muslim countries.

Yes, religious beliefs have a lot to do with these crises. Qatar’s crisis with Saudi Arabia and other Gulf nations have decade-long routes, but the things get worse when Qatar’s state-run news agency published an article in which Qatar’s ruling Emir, Tamim Bin Hammad Al Thani was quoted praising Israel and Iran—Saudi Arabia biggest adversaries. Though Qatar then disowned it as fake news plugged in by hackers but the Kingdom was unsatisfied. Then Sheikh Tamim of Qatar made things even worse when he called Iranian President Hassan Rouhani to congratulate him on his reelection.

Saudi Arabia and Iran can never be on a single page just because of their differences in religious beliefs. Saudi Sheikhs believe that Iran is planning to control the whole Muslim Ummah around the world. They (Saudi) quote from their (Iranian religious) books about the adverse plans of Iran. Anything, any nation, any neighbor of Saudi coming closer to Iran simply provokes Saudi Arabia to cut ties with that particular nation because it is enough for the Kingdom to cease the relations with that nation. Same has happened with Qatar.

Saudi Arabia’s deputy crown prince and defense minister, Prince Muhammad Bin Salman has ruled out any dialogue with Iran, a country he said was busy plotting to control the Muslim world. Prince Salman said in a television interview that his country could crush Iran-backed Houthi rebels in Yemen where a Saudi-led military coalition is fighting to restore the government of President Adbrabu Mansur Hadi.

Was asked from the Saudi Kingdom if they were ready for open dialogues with Tehran, Prince Salman said it is impossible to talk with a power that was planning for the return of Imam Mehdi. Shiites believe Imam Mehdi was a descendant of the Prophet Muhammad who went into hiding 1000 years ago and will return to establish global Islamic rule before the end of the world. Further, Shiites believe that Imam Mehdi will lead them in the concurrence of Makkah and Madina—the two sacred places for Muslims which are under control of Saudi Sheikhs.

So, one can clearly identify the conflicts of religious beliefs under the table. The World may believe the reasons for diplomatic crisis might be the support of oil and gas rich country (Qatar) for Hamas or ISIS or any other decades-long issue. People of Iran were not allowed to perform pilgrimage (holy event for Muslims) for a long time that has to be performed in Makah. Today, if you hear someone criticizing Iran—most probably he will be Sunni Muslim, if you hear someone mocking at Saudi Arabia—he will be Shiite Muslim. There is much more than a diplomatic war here otherwise there are Sunni Muslims and Shiite Muslims as well who don’t have any issue with each other!!

Qatar’s crisis with Saudi will lead them to find new allies in the region and most probably, Iran will support them. The mix-up will definitely bring new partners close to each other along with Russia that has shown support for Iran. Saudi Arabia is continuously trying to isolate Iran and vice versa. Saudi Sheikhs have made a so called Islamic military alliance and did not include Iran. This act of defiance gives a clear message to the world and especially Iran that they the Saudi’s don’t consider them standing beside them. Let’s pray and hope for the best for this world that was very beautiful, very peaceful—we the humans have made it as worse as hell!!