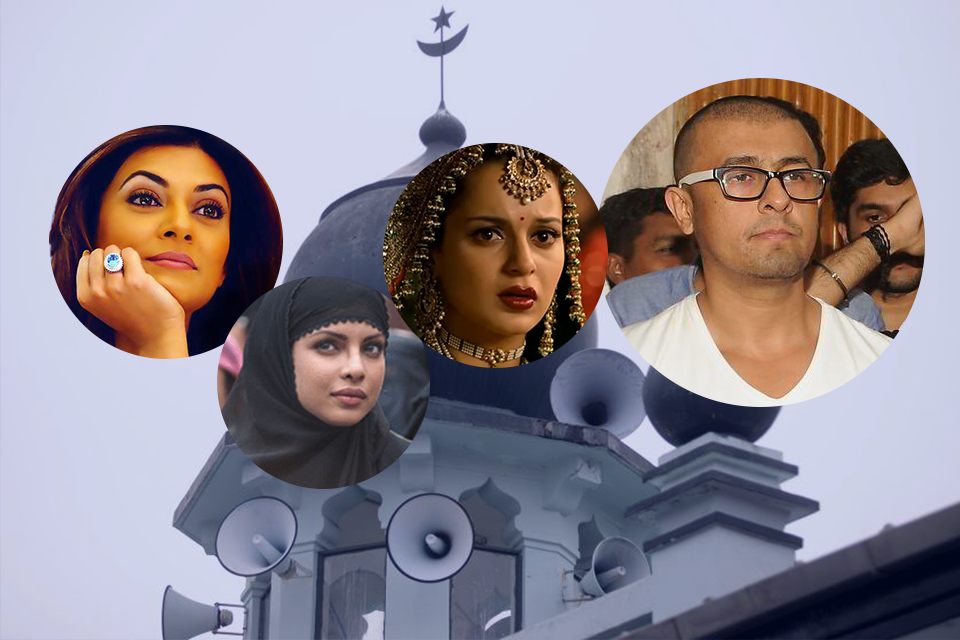 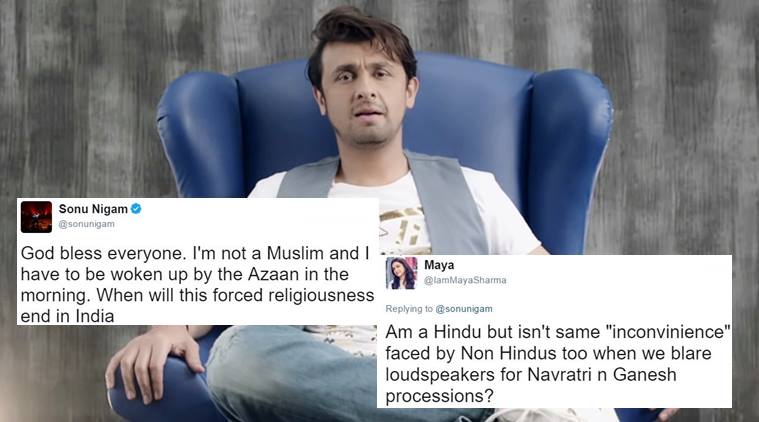 Priyanka likes ‘Azaan’. Pooja, Kangana and Sushmita too, but Sonu doesn’t. Should we really be worried about it?

Well I honestly appreciate it when I see people from different religions showing respect to other religions or liking certain things of one’s religion. I personally respect other religions and cultures as much as I can and all my non-Muslim friends love it when I do. I myself loved it when some years ago Sushmita Sen revealed that she has studied Quran and recited Surah Asr at the backstage of a fashion show. Since then, the video gets shared on social media every Ramzan in Pakistan and has become a ritual in itself. 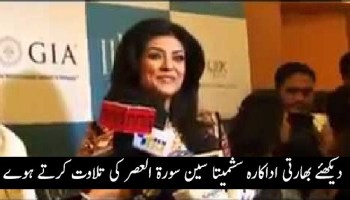 Recently Priyanka Chopra also said that she finds ‘azaan’ extremely peaceful and the Maghreb time is her favorite time of the day. After Nigam’s now controversial tweet, Pooja Bhatt also adds in that she loves waking up to azaan. Kangana Ranaut also followed the bandwagon and said “I can’t speak for anyone but I personally love ‘azaan’. When I was shooting for Tanu Weds Manu in Lucknow, I used to love the sound of it”. 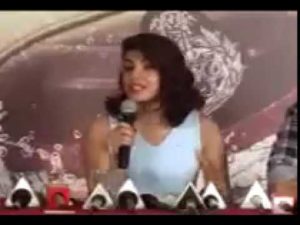 Similarly, after years of hard partying, drug abuse, alcoholism and a history of promiscuous relationships, Lindsay Lohan has been seen wearing hijabs and has claimed several times that Islam has helped her. She hasn’t converted yet but she says that the option is still open and she has deep respect for Islam. 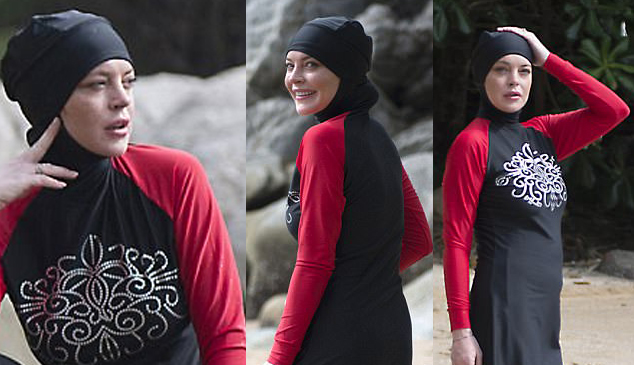 The reason of mentioning all these details is that these all are people and these are just their opinions. As these are positive ones so we loved it to death. A mere tweet by Sonu Nigam where he talked about ‘forced religiousness’ somehow had hurt the sentiments of our people which I believe shouldn’t be the case because he is an individual and he is also entitled to have his own opinion whether how childish or insensitive they may be. 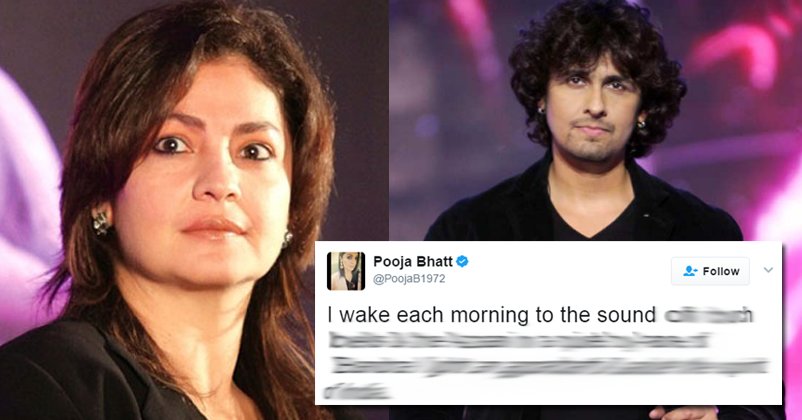 Is Islam in need of any kind of verification from Bollywood or Hollywood?

When our people can appreciate the positive opinions of people like Priyanka, Pooja Bhatt, Lilo and Sushmita Sen so we should also have the guts to ignore any insensitive or unnecessary comments made by ignorant people. In a nutshell, the fastest spreading religion in the world doesn’t need any kind of verification or affirmation from any Bollywood or Hollywood celebrity. Similarly, any negative or unschooled thought can do no damage to our religion. Hence, we need to learn the art of ignoring any such thing like the unnecessary tweet of Sonu Nigam. 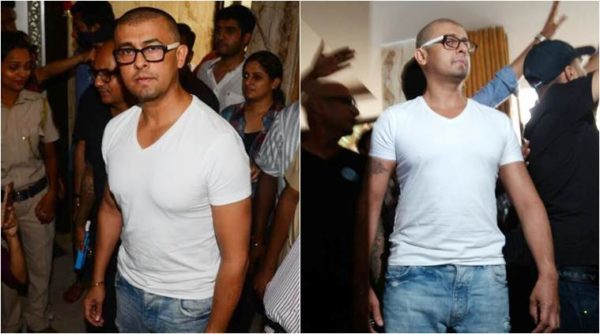 On the other side, what Sonu Nigam said is true. Forced religiousness is a reality and one can find it all across the world but yes talking about it on Twitter is almost like as if one is questioning that why the sky is blue or why the moon has spots on it?

Forced religiousness is in Pakistan as well. Just like in the month of Ramadan, a lot of my Christian and Hindu friends complain to me that they also have to stay hungry in day time because 98 percent of cafes and restaurants don’t open before evening in Ramadan. So they tell me that they also feel forced or as if something is being imposed on them against their consent. 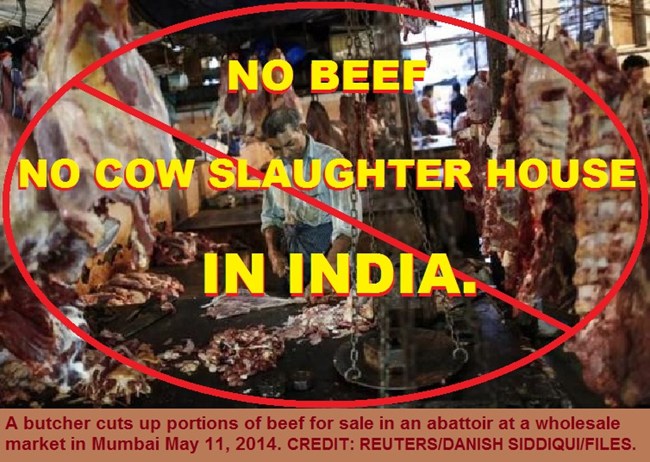 Forced religiousness is a reality and each one us of can suffer from it. For instance, people who know me personally they know it that I am highly tolerant when it comes to people from different religions, sects, communities or sexual orientations but if even I had my home next to a temple and I would get to hear the temple bell and the sound of bhajans all day, every day. So a time would come that even I would feel a little annoyed and would take it as ‘forced religiousness’. Sorry not sorry, but that’s the truth. 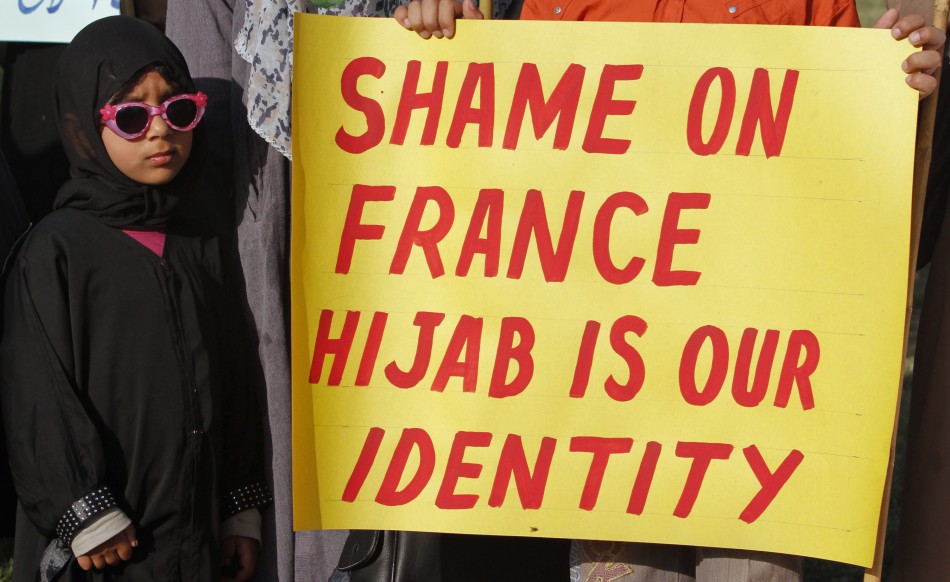 The hatred for Sonu’s skyrocketed to the extent that now Pakistanis say his career is over. Is it really the case?

The Bollywood singer who has now gone bald because a moulvi in India put a fatwa over the singer’s tweet. Althought the hatred for the singer is far from over in Pakistan. Our Pakistani people are emotional. When we like something, we go crazy over it. Whether it is PSL, Coke Studio or Game of Thrones. Similarly, when we hate something we just go over the board. His tweet was indeed irrelevant, unnecessary and unthoughtful but why all of a sudden our Pakistani people are so worried about his career. I witnessed a number of posts saying ‘his career is over’, ‘Sonu is finished’ and a lot more on these lines. Well as a matter of fact, he is still earning millions through his international tours. He still earn a lot from royalties and he is still singing for Bollywood movies, bhajans etc. He is still hosting the music reality shows on TV and is still laughing all the way to the bank account which is not the case with most of the ‘Pakistani Facebookers’ who are commenting a lot about his career. Now please do not take me as a Bollywood movies or music fan. I have despised Bollywood movies and music since I was 14 years old and I am really glad.

Diehard Pakistani fans say they won’t going to listen his music now. Is Nigam got something to worry about?

No. He won’t even going to lose his sleep if a handful of Pakistani fans stopped listening his music because Pakistani people don’t buy his albums or concert tickets. It is the job of the Indian fans. On the other side, I believe if you like an artist’s movies or music, why can’t we just focus on the artist’s artistry?

Whatever an artist’s say or do in his or her personal life shouldn’t be our concern. So if you like Nigam’s music, just listen his music and yeah you can unfollow him on Twitter if his tweets bothered you.

For instance, since I was kid I have adored Spears but if in times to come she tweets that ‘she was in UAE and heard the ‘azaan’ for the first time and she got scared that the God was calling her and she accidentally dropped her Starbucks Strawberry Frappuccino’. So do you think I wouldn’t watch her next music video because she made an insensitive comment about my religion? Of course not.

It is not necessary that what is important and sacred to us would be equally important to others as well. Make your religion your strength, power and not your weakness.

Next post After putting a stop to pakistani artists, now is the time on pakistani clothes