The day arrives: Result for Panama 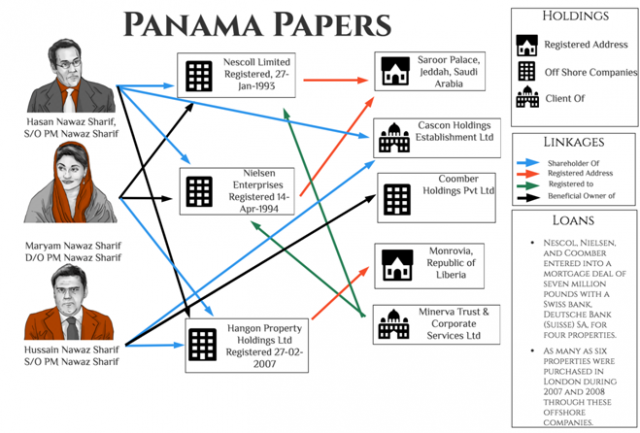 The day is here in Pakistan, with a bang regarding the most awaited case of this year, “Panama Papers”, some were against the government and some were in support to it, the decision brought up huge shock over the country. The pre celebrations by “PTI” the opponents to present government were already going on from the morning doing jigs, having breakfasts together preparing for lunch. The present government also seemed to be quite satisfied about the result to be in their favor, whereas the civilians were also having a thought for the result to be in the favor of the country. It almost took one year for the result to be announced all this time social media also seemed to be on fire regarding the thoughts of individual. And then when the result arrived it left everyone in shock because all this time Chairman NAB wasnot able to complete his research and so DG FIA was also not able to complete his research regarding white color crime because of which supreme court has ordered to make JIT to whom now Prime Minister, Hussain and Hassan Nawaz will be answerable. In two weeks JIT will present the report in front of court, it’ll also check out that how Hassan and Hussain Nawaz brought the flat and will also check out rest of the allegations on them.