No Outlet for Youth in Pakistan – Who to blame?

Despondent and unfortunately among the most commonly heard terminologies when it comes to youngsters. The time of them building an avalanche of dreams is spent in despairing about their future.
Thousands of students every year graduate from the most prestigious to mediocre universities with nothing but unemployment and dissatisfaction in hand. Even the jobs are paying peanuts as compared to the money and effort spent by them in return. This complex of a lifestyle makes them spend hours on social media, resulting in more depression and psychological traumas.The vicious cycle starts during the education years when the students are deprived of mentors or direction regarding their career choices. Many youngsters trying out their luck as entrepreneurs cannot due to lack of funds and investments.
There are several cases in Pakistan where students attempt suicide because of depression. Once they are done with their graduation they have no place to work, apparently, they stay jobless for a longer period of time. There are no public speaking forums or job fairs for such students who need counseling soon after their graduation. These all were just stories until I saw it happening in my own family. A very close family friend Shahzaib Khan attempted suicide as he was the only son of his dear parents and after his dad retired it was his responsibility to earn. His parents never forced him but his own guilt was killing him each day of not being able to pay back to his parents of their efforts. Their family reached to a point where they had to sell their valuable assets and started living in small apartments in Nazimabad. Shahzaib belonging to an elite family, living in Defence always thought of a good life for his parents and himself. But nobody can ever stop to what is written in faith. Trying his luck hard, being rejected from several companies just because these fancy companies prefer people with huge backgrounds and no ordinary can enter there. Seeing all these for good 3 years, Shahzaib lost hope and left his parents alone in this world as he couldn’t see them surviving and living a low life which he never imagined to give them. 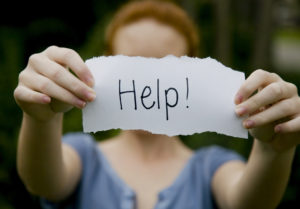 A clueless youth need at least recreational places to spend their leisure time which is a necessity to improve productivity. The industrial cities have no public entertainment just the number of burger joints and cafes providing a lazy lifestyle causing a more genuine issue of obesity. The government needs to address this very serious social issue and bring outlets for our youth to vent out their frustrations rather than further masking it up into a personality leading to anxiety disorders.
It’s high time for everyone to be sure with this fact that a country with depressant youth can never flourish. With new restaurants building up at every other corner, demanding a lavish lifestyle to enter and paying not less than 1500 per head, where is everyone heading? This materialism puts the youth more into pressure hence getting misused many times. So many young girls and boys choosing wrong directions for fame and money just to get in the line of “who is better than whom”. Even after attainment of dreams, the youngsters seem not to be happy, why? Easy, because the new social media update by someone might just turn to be more likable than theirs.

Because the talent of youth is not being appreciated many of them leave the country to try their lucks in other countries hence causing a brain drain, which is again the worst circumstance. Government institutes are not even providing the education on par with the private institutes some of which are foreign-affiliated, creating furthermore educational disparity leading to depression.

Next post Interview With An Emerging Star Muhammad Yasir Hussain