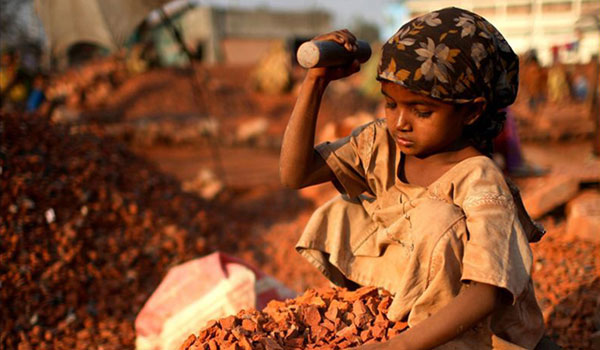 When an embryo grows, it is not only the hands, body, feet or face grows but a lot more grows with it, the hopes, dreams and happiness of parents. When the baby comes in to the reality, a new world, a new meaning to the life also comes running with the new born.

No parents want their children on the streets, work on roads and stalls instead of living in the shelters and going to the schools. Unfortunately the poverty causes this to happen. It is not only the problem of Pakistan but a common practice worldwide. It is one of the biggest road blocks worldwide.

Child labor is defined by the international labor organization as “work that deprives children of their childhood, their potential and their dignity and that is harmful to physical and harmful development”. Today more than 200 million children are child laborers. An estimated 120 million are engaged in hazardous work. (Despite the fact, In 1991 151 countries signed the worst form of child labor and prohibited any hazardous activity by a child). 73 million of this population is below 10 years old, which also includes there are 100 million boys and 68 million girls trapped in the web known as child labor, Working in the different departments such as 60 percent are involved in agriculture. They are kept on very low wages and are provided with worst conditions to work in. Treated abusively and this continues because forced labor is thought to generate around 150 billion a year in illegal profits. Children are at the greater risks to health than adults as it is the crucial time of their development of organs and tissues, creates risks of hearing loss, lower heart tolerance and etc. According to the survey on 26 countries by International labor organization (ILO), one quarter of economically active children suffer injuries or illness. Each year, as many as 2.7 million years of life are lost to child labor, especially in agriculture, Agricultural activities play a hazardous role due to exposure to pesticides, working with the machinery and sharp tools, hand washing facilities and toilets where as other acts involving child labor also contributes to the risk in life such as working in industries, setting things on roads, drug trafficking They all lead to traumatic efforts including long term health and socio-economic efforts

“Child is meant to learn, not earn” 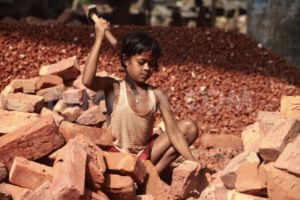 At the age when the children must be in schools, they are seen on roads, markets selling or begging. When they should have pen to write, they have tool to fight. When they should be thankful to life, they are ungrateful for their existence, this all is due to the society, poverty and laws and orders that are neglected to us at each point.

You cannot live peacefully as nation until this problem continues