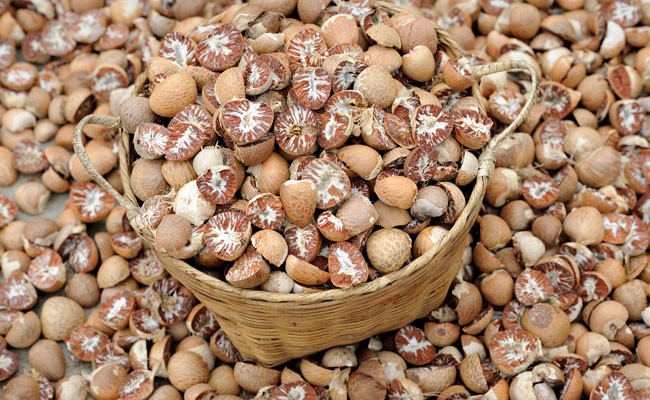 Not only the west but many of the Asian countries, for instance, India and Dhaka have also commenced campaigns for the safety, health of the people and environmental hazards. Regarding this purpose many hazardous contents which have become the habit of people in their daily life even used more than their food, the government is trying to counter and ban. Use of beetle nut is one of those worst habits which is exploiting the human life rapidly. It is cheaper and grown widely in Asia and people are fond of it in spite of this fact that it is causing lethal diseases.It has a long history in it. People chewing it feel the change in their moods. It is even used as the mouth freshener in many of the Asian and Pacific countries. However, the awareness about the bad addiction of Betel Nut is spreading throughout the world. The scientific name of it is Areca Catechu. It belongs to the family of Palmaceae (palms). The people commonly say it pan, gutka, and supari.

It has a long history in it. People chewing it feel the change in their moods. It is even used as the mouth freshener in many of the Asian and Pacific countries. However, the awareness about the bad addiction of Betel Nut is spreading throughout the world. The scientific name of it is Areca Catechu. It belongs to the family of Palmaceae (palms). The people commonly say it pan, gutka, and supari.

A Betel Nut is one of the seeds of the palm trees. The areca tree is the kind of palm tree that grows to the 1.5m tall. Its growth is vast in India, Sri Lanka, japan, Bangladesh, south of China, Philippines, East Indies and many other parts of Africa. Taiwan is one of the countries that used to circular huge quantity of the Betel Nut in the country. However, it has been the first country that has taken rapid action towards the restriction of Betel Nut in the country.

The researchers have found several tastes of the Betel Nut when it is chewed. These tastes are of 13 kinds. It can be bitter, salty, astringent, pungent and bitter in nature. There are several useful features have been found with the chewing of Betel Nut:

It can stimulate the appetite and work as an appetizer.

It is used to remove bad odour such as many people takes it as the mouth freshener to remove the bad smell of mouth.

The use of Betel Nut is as similar as the use of caffeine and tobacco in the west.

There are many restrictions being generated by World Health Organization and the government of different countries. In Taipei, it is being restricted with the strict penalties to the citizen when they found spitting out the juice of quad.  If the citizen were found using it then they would not only have to pay the penalty but they are subjected to the session of withdrawal of chewing Betel Nut. The Taiwan has also taken initiatives to prevent its people from such dreadful diseases of the world. They have tried to spread awareness in the country with interesting promotional activities and below the line (BTL) activities.  The reason was obvious after recognizing every 9 out of 10 cancer was subject to chewing of Betel Nut in Taiwan.

World Health Organization use to take initiative to prevent people from the diseases such as Hepatitis C. It has emerged with the awareness planning against addiction of Betel Nut in 2012. It also included policy development and promoted it to different communities. Now again it has generated precautions against the use of Betel Nut that how it can harm the body part of the human being. The use of Betel Nut is also being stopped in UK and USA with the restriction of its outreach to the supermarkets. Products like Tulsi has been banned by the FDA and CDC involvement for prevention of the distribution of material through different channels. This initiative will support people to not buy the health hazardous item for themselves.

The hepatitis C is increasingly causing in the users of Betel Nut. The researchers have provided evidence that reason of hepatitis is cavity. The cavity is developed among teeth when people chew the Betel Nut. It has been assessed that the use of Betel Nut is greater in women rather than men. However, less educated people tend to adopt such harmful items.

After three dangerous addicts in the world, betel is at number fourth addiction of people. There is a vast history involved that features quality of the using Betel Nut. However, an adequate research has also been provided with the rise of different kind of disease with this habit.

This is the fact that addiction of anything is not good. Similarly, the people who have been the addict of chewing beetle nut with lime or betel leaf or in the form of sweetener, they are not only spending money to purchase them but also buying illness. The poor countries where people bear unemployment and poverty, these beetle nut kind of things are commonly available at cheap prices, and their craving is everywhere. People chew beetle nut with lime and beetle leaf which turns their saliva red, they spit and affect the aesthetics of the city and renders dirty teeth, dental and oral diseases. For this aspect governments of most of the Asian countries are trying to ban its import.

For its action, the Government of   Myanmar has risen the price of beetle nut whether grown on its land or imported, it is unaffordable for the common man as its most of the users belong to lower socioeconomic class. This will be helpful for the state to counter at least some diseases, generally spread by beetle nuts. As well as Dhaka has started campaigns against supply of beetle nut by putting the ban upon its sell. Pakistan is also such country where it is addicted by inheritance. It should be banned and public awareness messages should be spread. Media should play a positive role and save the youth.