The Taboo of divorce 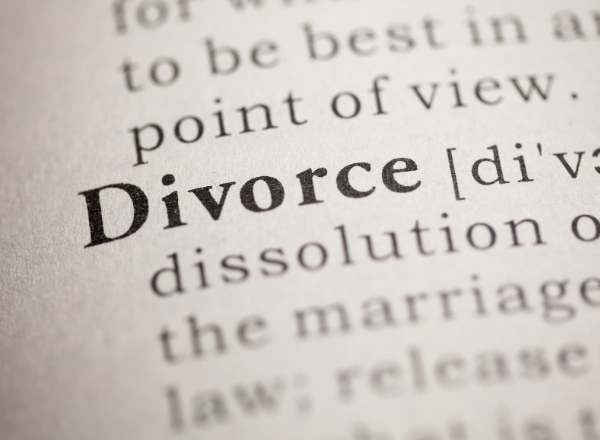 Married at the age of 21 and divorced with two daughters at the age of 30, marked the end of quite possibly, the most difficult phase of my life. A few years down the line, I think how life has changed so much for the better and I regret not for a second the decision that I took. I transformed from a subdued, reclusive, unsure and insecure individual to a confident, content and happy person. Of course the journey was far from easy, from therapy sessions to bouts of crying and apprehensions about the future. My job as a teacher helped boost my confidence immensely and I even enrolled in an MBA program to finally get a professional degree, which had always been a dream.
Don’t think for a minute that I had been pressurized into marrying at such an early age. No, I absolutely wasn’t. In fact my parents are the liberal sort. Then you must be thinking it was love. Well, no it wasn’t the case either. It was purely an arranged marriage and with the consent and approval of everyone. But some things aren’t just meant to be. Walking out of a difficult marriage wasn’t easy but there weren’t many questions asked. Things were relatively easy for me as I had the custody of both my girls and my ex husband and his family lived abroad. It was a financial strain but with the help of my supportive family and my job it wasn’t all that bad. It wasn’t a walk in the park either but looking all around me I realized how blessed I truly was. Why I say so is, because I feel I am among the more privileged, in a society where divorce is still spoken about behind closed doors.
It was very difficult for people to realize I actually am not sorry my marriage ended. As soon as anyone finds out I’m a single parent they immediately offer sympathy and their faces reflect their unease on broaching the topic. This shows a lot about the society we live in, where being unhappily married is considered alright and acceptable but being divorced and happy is unheard of. I clearly remember going to the bank to open an account. The bank manager showed little interest when he thought I’m safely married but as soon as he realized I am a single ‘available’ mother, his tone changed, he became over friendly and after I left the bank, he started pestering me with messages, offering his shoulder to cry on. He even sent me poetry! This incident really made me laugh but actually showed the true mentality of men in our society. This of course wasn’t the first nor was it to be the last. Men probably think it’s their duty to offer a handkerchief to divorced and widowed women as they really can’t survive on their own. They don’t hesitate at all in making a move, I wonder if divorced women come across as easy just because they aren’t virgins anymore?

The question in my mind is, although the rate of divorce and khula cases in Pakistan are fast rising, when will the mentality of people see a change.
According to The Nation, “Recent data retrieved from family courts reveals that where Khula – the right of a woman to seek divorce – is concerned, Pakistani women today are on the brink of a social change, with the number of cases drastically increasing.
According to data, 13,299 Khula cases were reported in the Punjab in 2012, which later rose to 14,243 in 2013, and in 2014, they went up to 16,942.
In 2016, they have increased to 18,901.”

In most cases, the woman is blamed for the divorce, blamed to have a loose character or too career oriented, too sharp or accused of not being a good homemaker. Whilst men have no issues flirting or coming onto divorced women, rarely do they want to accept them in marriage. “What will people say?” is the first question asked by the families, of the men who show any interest in accepting divorced women in marriage.

Isn’t it strange, how the cycle runs, it’s the mothers who are responsible for the mindset and upbringing of their sons. The same women who are the first ones to reject a divorced woman for their son. Very easily they could have been the ones to end up with a broken marriage. Wouldn’t it be right to say that a woman can bring about the greatest change. If we, as mothers and mothers in law teach our children to accept and understand, to speak more em-pathetically about a broken marriage, to forgive and forget, we just might be able to break the taboo of divorce!