SUNNY LEONE & SONAKSHI SINHA PAIR UP FOR A MOVIE!

Sonakshi Sinha starrer “NOOR” which is based on Saba Imtiaz’s novel “Karachi You’re Killing Me” is releasing on 7th April 2017. It is based on the life of a girl named Noor played by Sonakshi Sinha who is a 20 years old journalist and it deals with the adventures of her life. Recently the director of the movie confirmed that Sunny Leone is also the part of the movie. Sunny Leone will play the role of a Bollywood actress. Most probably she will play the role inspired by her real life. Sunny Leone will shoot with Sonakshi Sinha for three to four days and she has already begun the shoot on Thursday. Noor is slated to release on 7th April 2017. Here is the first look of the movie:- 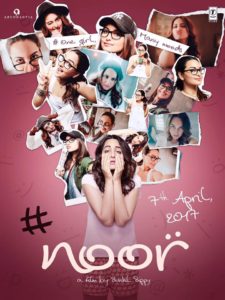