PC PLANS TO DO ONE HOLLYWOOD & ONE BOLLYWOOD MOVIE EVERY YEAR!

Priyanka Chopra is flying high! As she is rising above in her career every second! She is travelling from country to country for her projects. This year was a huge success for her as her American Tv Show “QUANTICO” became a super hit popular tv series. She has also signed a Hollywood movie Baywatch long with Dwayne Johnson & Zac Efron in which she will be playing the role of a villain. Priyanka recently revealed that she has turned down 6 Hollywood movies along with some Bollywood movies, she is clear about the her future plans she revealed that she will choose quality over quantity. Well the main reason of turning down 6 Hollywood movies is that Priyanka has been finalized as a judge of international reality show “PROJECT RUNAWAY” which will premiere for its season 15 on 15th September 2016. Priyanka took to Twitter and Facebook for sharing this news with her fans:- 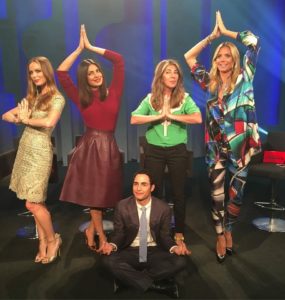 We Wish You The Best Priyanka.

Next post SUNNY LEONE & SONAKSHI SINHA PAIR UP FOR A MOVIE!