SCREAM QUEENS RETURNS FOR SEASON 2 ON 20th SEPTEMBER 2016 ON FOX. 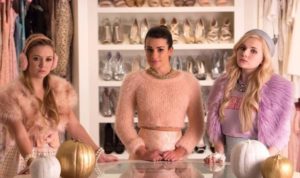 Gear up pledges! Your sorority kappa sisters are returning very soon! Scream Queens returns for season 2 on 20th September 2016 only on FOX. Leading website Hollywood life reported that there will be a time leap in season 2 and the viewers will witness some surprising changes. Last seen in the KAPPA KAPPA TAU UNIVERSITY, the Chanels will now be seen in a hospital dealing with their new lives. But once again the blood-bath will begin as a new Red Devil returns and starts slashing them one by one. Also some new actors have been added into the cast like John Stamos, Colton Haynes and Taylor Lautner among some others. SO WHO WILL SURVIVE THIS SEASON? WHO IS THE NEW RED DEVIL? 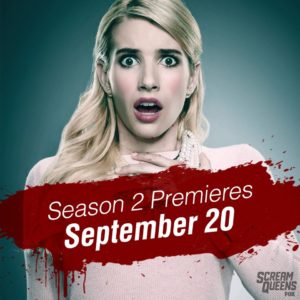 Find out all the answers when Scream Queens returns for a new season on 20th September 2016.