CAPTAIN AMERICA & IRON MAN WILL BATTLE WITH EACH OTHER THIS FRIDAY.

Well in MARCH 2016 we saw BATMAN fighting with Superman. But this month we will see a whole new battle as CAPTAIN AMERICA & IRON MAN will battle with each other in cinemas this Friday. Marvel’s latest offering CAPTAIN AMERICA CIVIL WAR will be a box office hit because it has a big battle in it along with some most amazing MARVEL SUPERHEROES including SPIDER MAN.

CRITICS is already praising the movie and the early reviews by critics shows that the movie is really unique and full of action. This is the first time SPIDER MAN will make appearance after MARVEL bought the rights from SONY PICTURES. Besides CAPTAIN AMERICA & IRON MAN the movie includes BLACK PANTHER, BLACK WIDOW, ANT-MAN, SPIDER-MAN, VISION, SCARLET WITCH, HAWKEYE & Others. 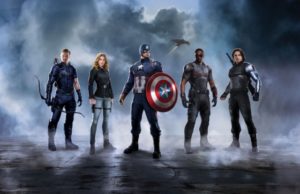 Falcon: Falcon and Cap have already been fighting alongside each other.

Ant-Man: In addition to appearing above, you can see Scott Lang perched on Captain America’s shoulder. 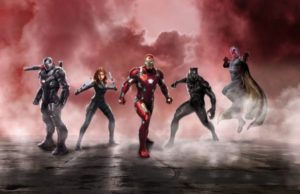 War Machine: He’ll stand by his buddy with the fate of the free world on the line.

Black Widow: This one is a little more unexpected.

Black Panther: This will mark the first appearance of the hero in the MCU.

The Vision: It’s no wonder he’s working with Iron Man.

So what are you waiting for? BOOK YOUR TICKETS NOW.