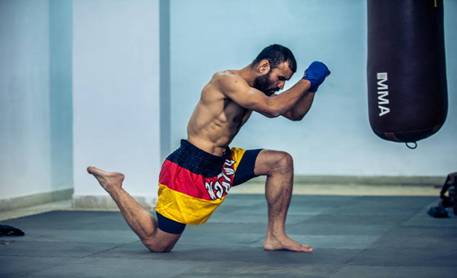 There is a fighter in every man. In some way or the other, we all have our own fights, our reasons and something that we have to prove to the world. The fight that keeps us motivated, the fight that forces us to keep moving, the fight that never lets us give up on our goals and the fight that gives us the reason to wake up every morning and do whatever it takes to make things happen.

Combat sports in Pakistan have always been criticized for being too violent and animalistic. Whether it is Boxing or Mixed Martial Arts, combat sports have never been in the spotlight in Pakistan because of the lack of indoor stadiums and gyms or equipment of international standards. Despite these hurdles, we have some names that are known internationally for their achievements in combat sports.

Bashir Ahmed is often dubbed as the “godfather of Pakistani MMA”. He has trained all over the world and mastered his techniques in Brazilian Jiu Jitsu and Muay Thai. 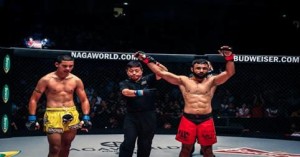 The 33 year old fighter was the first fighter to represent Pakistan in the professional MMA at ONEFC 8 in Singapore in April 2013 where against all odds, he defeated the fan favorite Shannon Wriratchi.

Bashir Ahmed now owns a training institute in Lahore, Synergy Fitness and Mixed Martial Arts is one of the finest institutes in Pakistan where one can master the skills of Brazilian Jiu Jitsu, MMA, Wushu and kickboxing.

Gohar Gul is the member of PAKMMA and the first representative from Karachi. He is a Black Belt 2nd Dan from the International Martial Arts Association and a Black parajit in Muay Thai kickboxing. ‘Guru’ Gohar Gul mentioned in one of his interviews that Muhammad Ali, the greatest boxer in the history, is one of the reasons that motivates him towards kickboxing.

“Ever since I saw Muhammad Ali landing a punch across Foreman’s face and the flying flurry that he delivered, I knew this is what I wanted to do with my life,” said Gohar Gul. 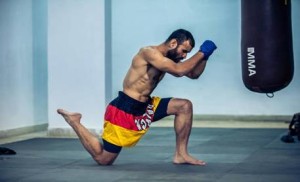 The 45 year old now owns a Kickboxing training institute in Karachi and also works as a personal trainer. His aim is to bring out the best in young Pakistani fighters.

Pakistani boxer Syed Hussain Shah is known to be the first boxer to win an Olympic medal for the country. In 1988, South Korea hosted the Olympics in which Shah won the bronze medal for Pakistan in the middleweight division. He was born and raised in Karachi. 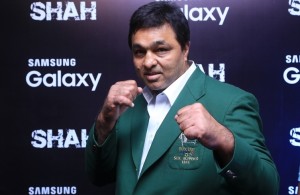 Hussain Shah has won five gold medals in his career in South Asian games from 1984 to 1991. He is now settled in Japan with his family and now works as a boxing coach. His sons Shah Hussain Shah and Shahzaib also represent Pakistan in international Judo and are motivated to continue the trend their father started.