Madonna performs as a Clown in Australia

The Queen of Pop, Madonna remains a force to be reckoned with in the music business and she never hesitates to try out something new even at this stage in her career. 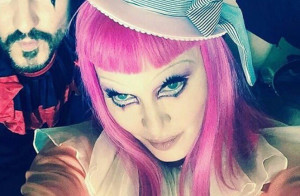 To show her love for her Australian fans where she hasn’t performed in the last 23 years, Madge performed as a clown in a free 2 hour special show called “Tears of a Clown” on 10th March 2016 at The Forum Theatre in Melbourne, Australia.

The “Rebel Heart” singer rocked the entire show wearing clown makeup and ensemble. The show started with a humorous skit followed by some of her famous songs such as ‘Drowned World’ and ‘Substitute of Love’ from her 1998 Ray of Light. Fans were ecstatic to hear their Pop Icon sing some of her lesser known hits like ‘Borderline’, ‘Love Spent’, ‘Don’t Tell Me’ etc. 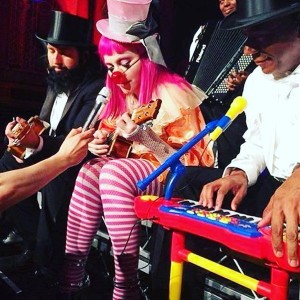 The “Take a Bow” Songstress sang and danced live for straight two hours. At one point, she confessed during the show “I would rather die, than work in Vegas”. The comment didn’t go well with the fans of Britney Spears, Jennifer Lopez and Mariah Carey who are running successful residency shows in the Sin City.

Next post Is it possible to print edible 3D food?

Previous Article Ellie Goulding Confirms her Break Up and Dishes Out Rumors of Retirement.